Will pies be the next big thing? Rustique is one of the very few places specializing in pies. You can find whole pies as well as miniature ones. There are over twenty flavours to choose from - some are classics, some are seasonal and some are inventive. The mini pies are perfect if you are the type of person who enjoy sampling. They cost $1.95 each or $20 for 12. I was meeting up with my friend Jess for breakfast. We each ordered two pies. I went for the classics - pears and apples. The crust is flaky and golden brown. The fillings were tart yet not too sweet. Reminds me of eating an apple turnover. My friend had the berry crumble and the lemon meringue pie.

Both have the taste we were looking for in these comforting desserts. Afterwards, I ordered a box of 12 pies with 4 creative varieties for take-out - peanut butter cups, pumpkin meringue, boston cream and apple-cinnamon cheesecake. Each pie has a corresponding crust that fits with the texture and flavours associated to the dessert. The Boston Cream has a crust that is doughnut-like while the cheesecake has a graham crust. Overall, all of them were enjoyable to eat. Hard to decide on our favourite as they were equally as tasty. A point worth mentioning, few of the pies were difficult to remove from its shell. We ended up using a spoon.

Rustique does not only serve pies, but also other sweet treats like nanaimo bars, chocolate-coated meringues, coconut macaroons, etc... It definitely worth a revisit to try out their seasonal varieties. 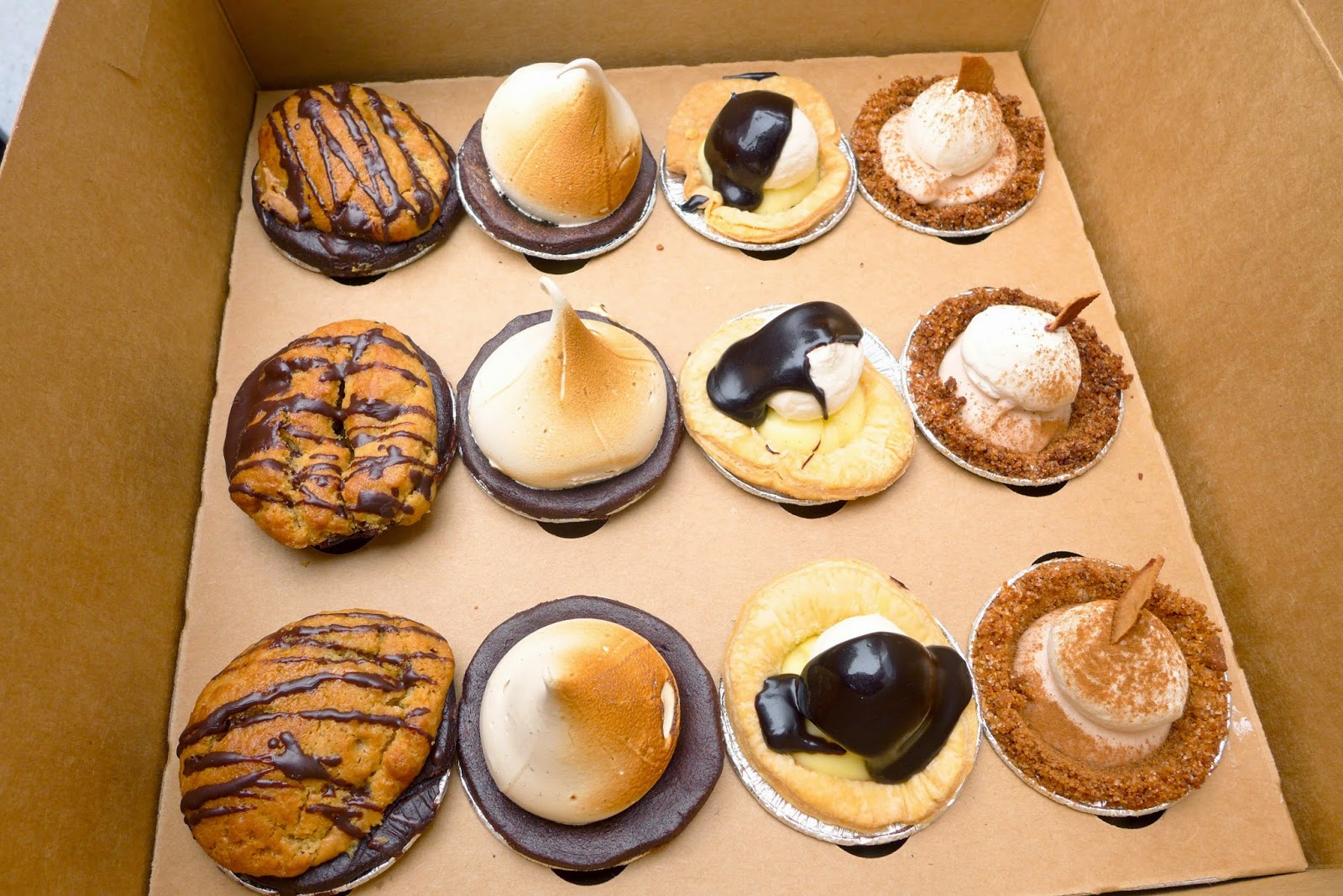