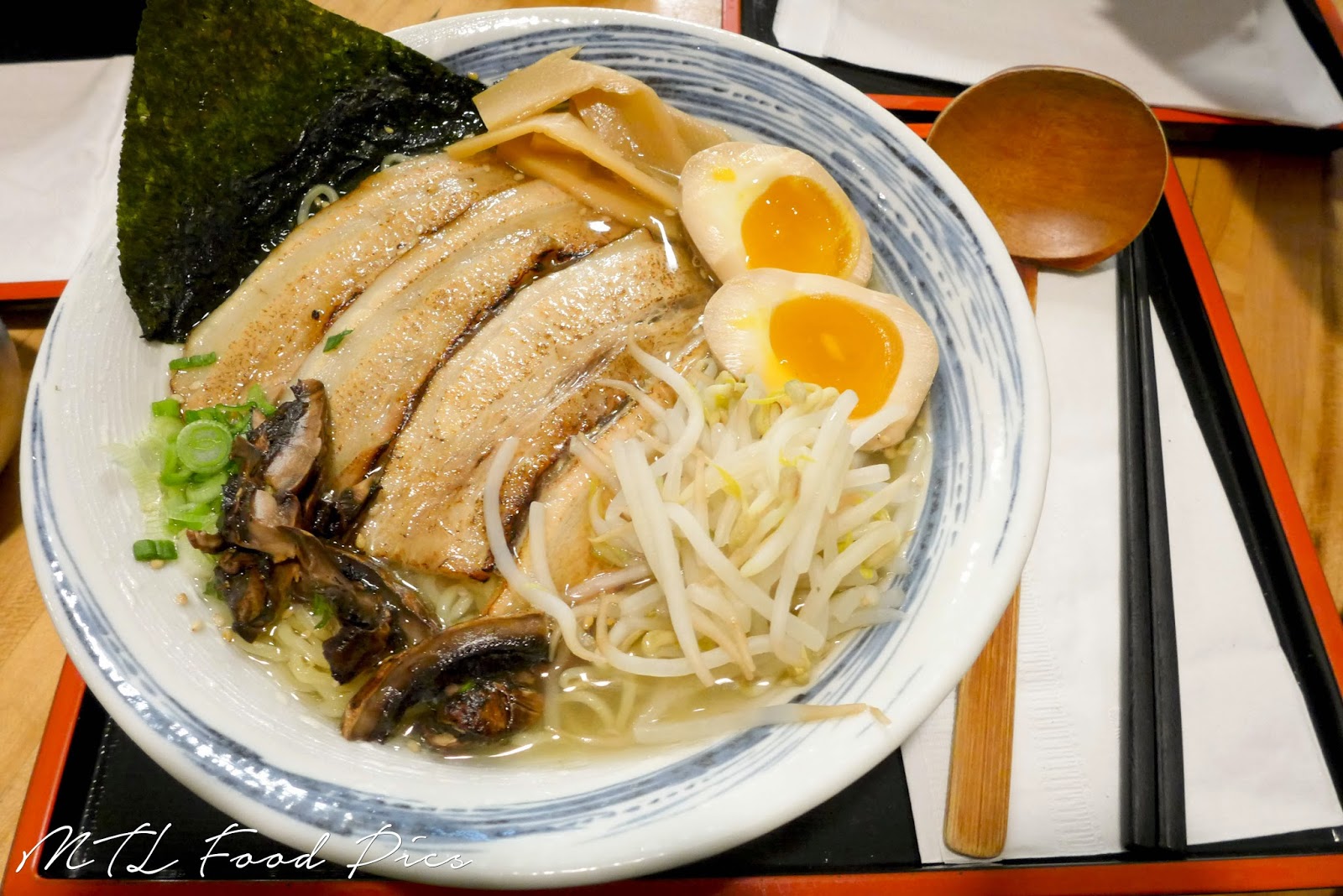 Ottawa- Ginza Ramen serves, hands down, the best tonkotsu ramen I have ever eaten since my trip to Austin at Ramen Tatsu-ya. I can even say that it tops the best ramen shop in Montreal. The chef Koichi Paxton is half-Japanese, half-Canadian. Realizing that Ottawa is a pho-dominated city, he went to Japan for four months as an intern to learn the art of making a good bowl of ramen.

Ginza Ramen has two locations, one on Elgin and the other one, in Chinatown on Somerset. The Chinatown location serves exclusively ramen. Typically, ramen comes in four main flavours - shoyu, miso, shio, and tonkotsu. Most ramen shops specialize in one specific style, but Ginza Ramen serves all four of them.

We started off with the chicken karaage - marinated chicken nuggets that are deep fried twice for extra crispiness. It was moist and flavourful, but the biggest letdown was the wasabi mayo. It has a strong pungent wasabi taste that masks the flavour of the chicken karaage, making it less enjoyable to eat. We ended up eating the chicken without the mayo. It would be best if the karaage comes with a second sauce - a non-spicy mayo that would satisfy all taste buds.

We all ordered the tonkotsu ramen. One knows a good tonkotsu ramen when the broth is cloudy white. To make the tonkotsu broth, all it needs are pork bones which are simmered for at least a day so that all the fats are rendered into the broth thus gives the milky white color.

When a bowl of ramen comes to the table, the first thing to do is to take a sip of the broth. It's a sign of respect to appreciate the effort that is put into making this broth. The broth was simply outstanding, almost identical to the one I had at Ramen Tatsu-ya. It has a luscious porky taste, rich in flavours and great personality! One word: foodgasmic. The noodles are equally as important as the broth. They are high in alkalinity that give its elasticity and also prevent from becoming mushy in hot liquid. Ramen would not be good without the garnishes. The tonkotsu ramen comes with a perfectly charred pork belly, marinated bamboo shoots, bean sprouts, shiitake mushrooms, and a soft-boiled egg. The egg is quite ordinary, it could have been marinated in soy sauce/mirin to give an extra boost of flavours,okThe mushrooms were lacking in flavours.

Ginza ramen is definitely the go-to spot to satisfy your ramen cravings. I'll be back very soon to try out their other ramen. It will be a matter of time when locals realize how flavourful the ramen at Ginza is that one day there will be a long queue to get in.