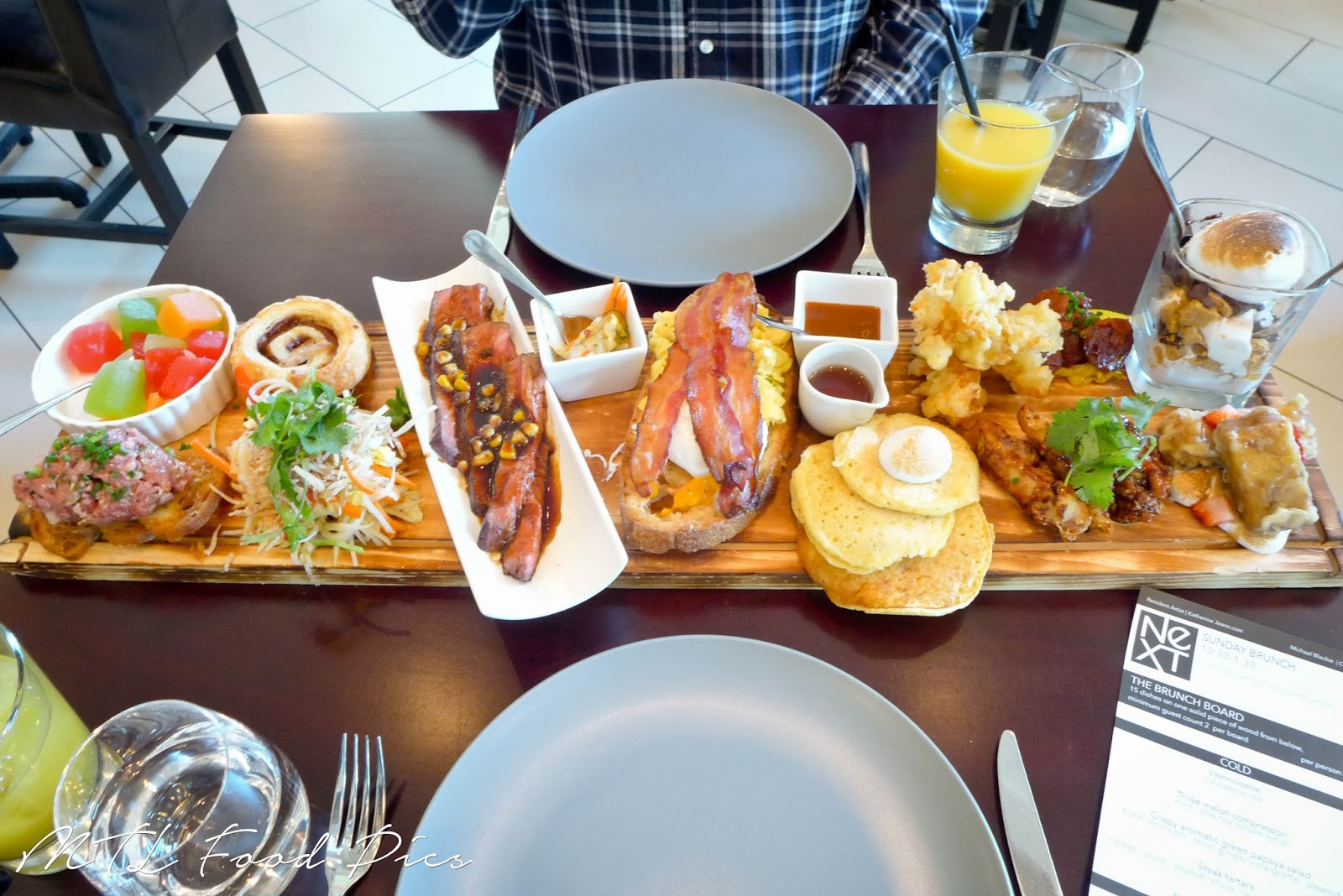 Michael Blackie is known to be the former executive chef at the National Arts Centre - Le Cafe. He is also known for winning gold in the Gold Medal Plate in 2006 and won silver in 2007. He has worked in many prestigious restaurants in Hong Kong, Mexico and Bali. With this kind of credentials, there are high expections for his restaurant NeXT in Stittsville, just on the west end of Ottawa - about 1 hour of bus ride on Bus 96 from Rideau Centre.

NeXT features the many places he has travelled on a plate. The food is served family-style where sharing is strongly encouraged. I only heard of NeXT when their restaurant has made on the Top 100 best restaurants in Canada. It is the location of the former community centre. It's also the perfect spot to host your wedding and business meeting.

We had a look at their menu before going to NeXT, we were intrigued of their 15-course brunch meal for $25/person with unlimited drinks. Who does not want to try this out? How many restaurants do you know that serves more than 3 courses for brunch with drinks included in the price?

Here is the 15-course brunch menu.


There were no clear directions on how to tackle this brunch board. Our waitress Cassandra recommended that we should start off with the hot items. The board consists of a mix of Asian, European and Canadian food.

The Steak Tartare was one of our favourites. When a tartare is prepared properly, it's a melt-in-your-mouth delicacy. It is made of freshly minced ribeye seasoned properly to enjoy the delicate flavour of the beef. It is balanced with the tanginess of the dijon mustard and shallots, the sour notes of the capers and lemon juice to brighten the whole dish. The Three Melons Compression consists of watermelon, cantaloupe and honeydew infused with mint-chai syrup. It serves best both as a palate cleanser and dessert. We didn't taste any hint of mint nor chai. It could be that we ate the other stuff on the board that we can't distinguish its subtle flavour. This is also true for the Green Papaya Salad. It is fresh and crisp. We were able to identify a hint of ginger, but the miso taste was lacking. The cinnamon roll croissant was a delight. It has a crisp buttery from the croissant complemented with the sweet-spicy notes of the cinnamon

The Beef Striploin was cooked medium-rare. It's tender and juicy served with a rich beef jus. I have to agree with my friend that it is one of the best cooked steak we have eaten. The Kimchi was good, but I would not called it kimchi as it lacks the spicy and sour fermented taste that we admire. The taste is close to the pickled veggies served on top of a Vietnamese bahn mi. Next to the kimchi, it's the scrambled egg mixed with cheddar, runny poached egg, 3 thin slices of crispy bacon served on a perfectly toasted Première Moisson bread. Simply delicious.

Overall, the meal was satisfying and our expectations were met. We can't believe that we manage to finish the whole board. It will definitely be one memorable brunch.