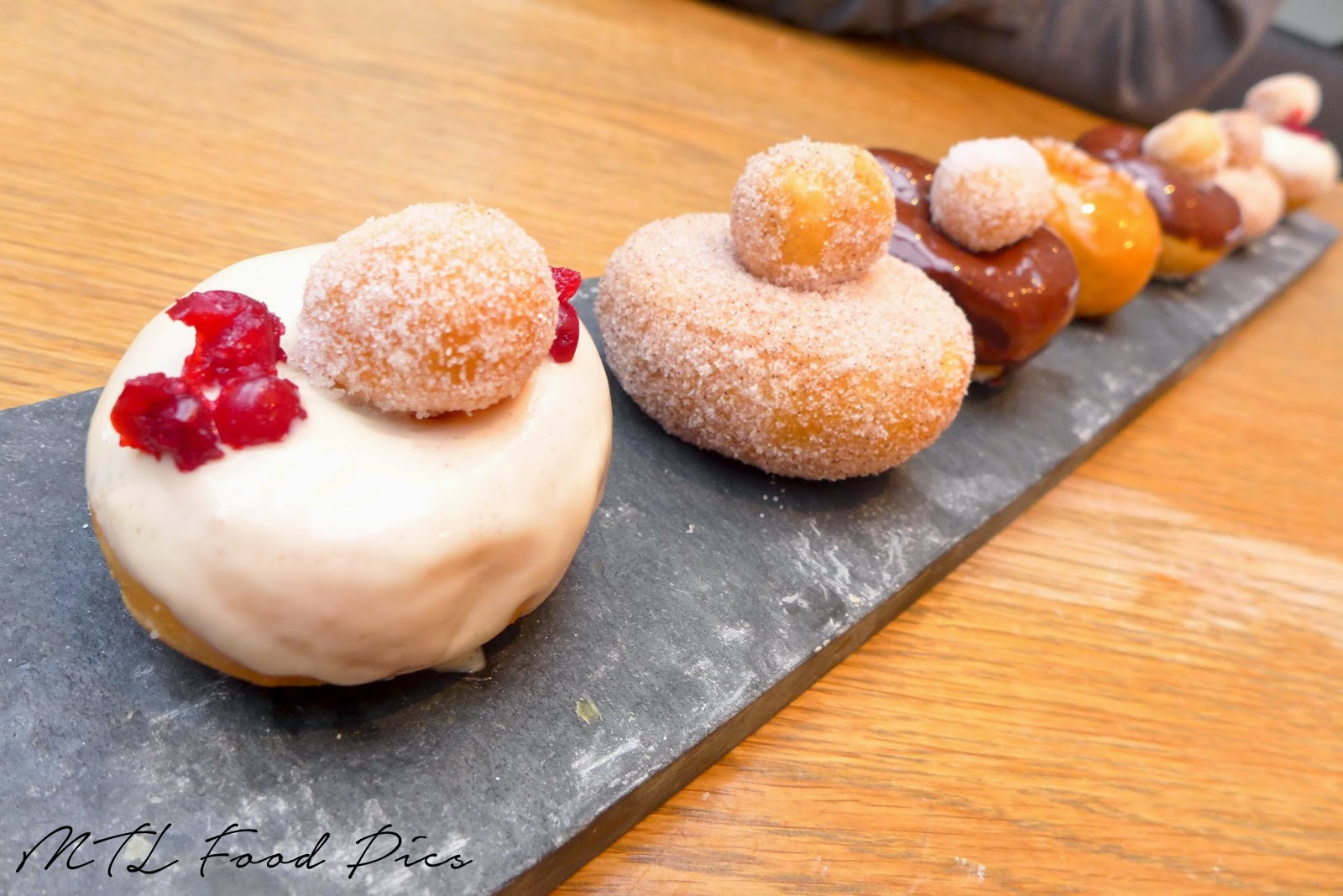 Sidedoor Restaurant is located in the courtyard of the ByWard market in Ottawa. Executive chef Jonathan Korecki is best known for his appearance in Season 2 on Top Chef Canada where he was a finalist. He went to the Cordon Bleu in Ottawa and worked in kitchens across Canada, including celebrated chef Susur Lee in Toronto. It is no surprise that the menu at Sidedoor is predominantly contemporary Asian with few items Mexican influences. The concept revolves around sharing food, a similar fashion to tapas.

From 4:30pm to 6:30pm except for Saturday, opt for their Happy Hours where the tacos cost a mere $7.50 for 2 ($2 cheaper than the original price). We took this opportunity to order 3 tacos. The bajan crispy fish is deep fried in tempura batter that gives a light and airy crust, it is complemented with an aji amarillo sauce garnished with red cabbage slaw, tomatillo salsa and a slice of avocado.


Finally,  this is our favorite taco of the night - korean cauliflower. The cauliflower provides a nice crunch, it is complemented with pickled sunchoke which is the acidity component. All the flavors are melded together with a sweet, messy, not-too-spicy gochujang sauce. Believe or not, cauliflower is the next superfood that will sweep the nation. As my friend Geneviève from Zomato puts it, cauliflower is the new kale.

Finally, we opted for the dessert that he is best known for - doughnuts. It's probably the best presented donuts that I have ever seen. On episode 3 of Top Chef, he wowed the judges with his maple-bacon doughnuts topped with a sugar-coated doughnut hole. To finish our sharing dining experience, we went for the donut sharing platter. In total, 7 donuts - 2 of each flavour on their menu (white chocolate-cranberry, cinnamon-sugar, Olivia dark chocolate) all topped with a cinnamon-sugar donut hole and the 7th one is the chef's feature donut, usually a filled donut. All the doughnuts are made-to-order. They are fluffy yet not overwhelmingly sweet that you can just keep going for more. The chef's feature donut is an apple cream filling glazed with maple-caramel and sprinkles of Maldon salt. It's hard to pick our favourite as all of them are equally as delicious.

All in all, we were very satisfied with the food and the service was impeccable. I always have some doubts if non-Asian chefs can make great Asian food. I can tell you that they know how to provide punches of flavours that reflect well Asian cuisine.