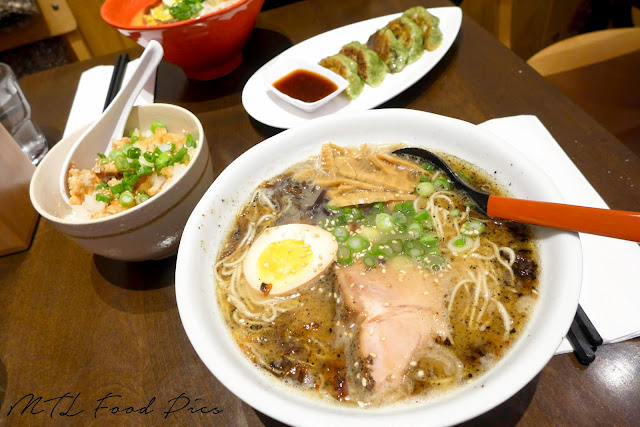 2015 was the year of izakayas, 2016 will be the year for ramen. I can safely say that the scene for authentic ramen is finally expanding in Montreal. In no time, we might expect to find a ramen spot where there is a long lineup like at Kazu. I recently reviewed Schlouppe Bistrot Nakamichi, a new ramen spot opened beginning January. About the same time is the opening of Ichifuku located on the same block as Sammi & Soupe Dumplings, run by the same owner of Kabocha Izakaya. Ichifuku does not specialize solely in one type of ramen, but offers many of the known classics.

I cover many topics on ramen throughout my reviews - the art of making a tonkotsu broth and the importance of alkaline-type noodles. This time, I'll talk about the foundation of a good bowl of ramen - the broth. It can be made from one or a combination of bases: pork bones, chicken bones, fish bones, kombu, fatty meats, you name it. Depending on the type of ramen, it requires a minimum of 6 hours of boiling to impart the meaty flavour into the broth. At this stage, chefs will add tare to the broth which is the seasoning for ramen. Not only it adds a burst of umami, but also an element of sweetness, spiciness and/or sourness. There are three known types of tare - shio (salt), shoyu (soy) and miso (fermented soybeans). The complexity of the broth is provided by other common ingredients such as mirin, dashi, vinegar, sake, sesame oil, ginger, scallions, etc. The possibilities are endless.

I had to revisit Ichifuku a second time and order the original tonkotsu without any additional seasoning to see if I can identify the porky flavour. A typical tonkotsu ramen broth should be thick, cloudy and milky white. However, this broth is golden light. A good indication of whether the tonkotsu broth has developed a rich porky flavour is in the simmering time. I was told by the staffs that it took 16 hours to prepare, typically it requires a minimum of two days of simmering. This tonkotsu broth was one-note and subtle; it lacks the deep porky flavour that I would expect in a tonkotsu. As for the other components, the slowly braised chashu is tender and flavourful. The noodles are thin with a light chew.

For an additional $3-4, you can opt for a side of donburi (rice bowl dish) or gyoza. I love karaage - Japanese fried chicken that is cooked twice in oil to give its super-crispy exterior. I opted for the karaage donburi which is topped with grated daikon. The daikon gives a nice touch of freshness. However, it was served on top of the fried chicken which loses partially its crispy nature. The vegetarian gyoza is filled with smooth potatoes, ginger and napa cabbage. Not the best I have eaten, I personally feel the ginger has overpowered the taste of potatoes. 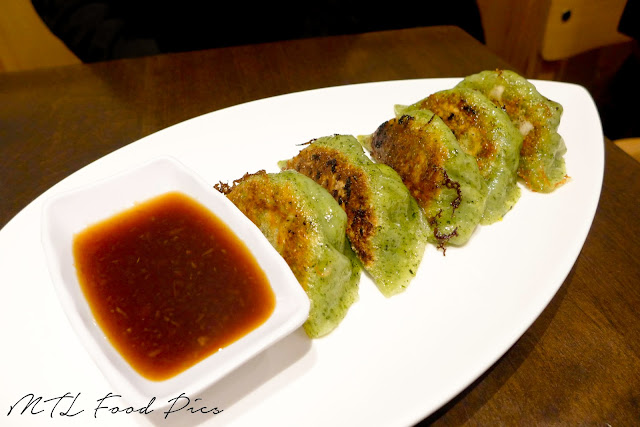 I also had a go at tasting my friends' ramen. The miso ramen is a chicken-based broth with added miso paste. It has the right amount of miso so it is not overly salty. It is served with the thick wavy noodles which is suitable for strong flavoured broth.

I also sampled the tan tan ramen. It's a take from the classic Szechuan dish - dan dan mian. It is a topping which consists of minced pork cooked in soy sauce, sesame, garlic, soy sauce and chili oil. This is served on top of the chicken broth. It has rich and bold flavour, not overwhelmingly spicy that you can still enjoy the rest of the ramen. This is my personal favourite!

After eating a hearty bowl of ramen, the best choice is to end the meal with a light dessert. The only available dessert is the almond tofu - firm, velvelty with a melt-in-your-mouth feel soaked in maple syrup. Simple and delicious! 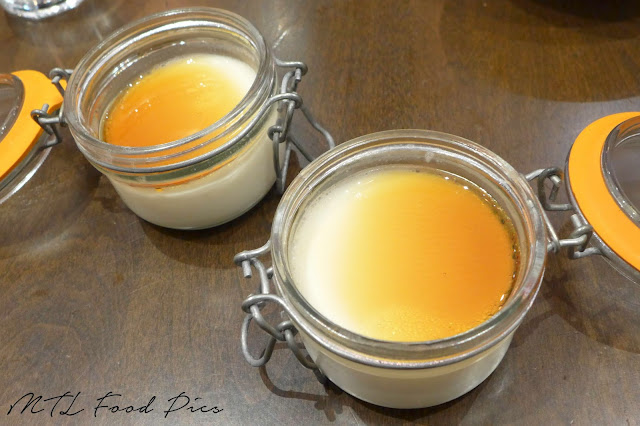 All in all, Ichifuku is a good introduction to a variety of ramen. It does require several visits to get through all the ramen and distinguish the subtleties in each of the ramen.