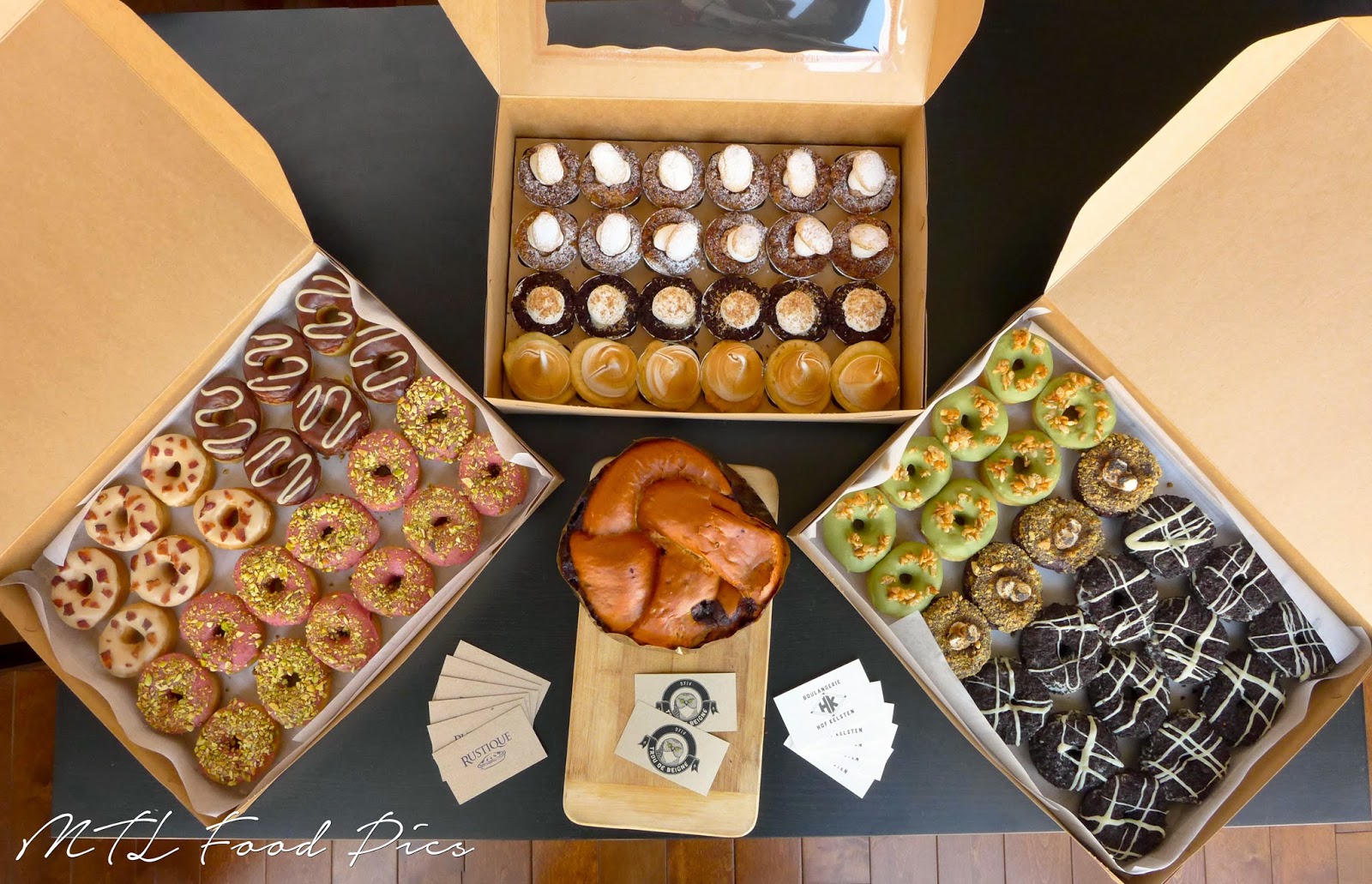 A month ago, I hosted a pastry tasting event for the McGill Fencing Club. As the VP foodie of the club and a local food blogger, I took this opportunity to feature some of my favourite pastry shops to my fellow fencers. Overall, 25 students attended this event. And we offered 5 gift certificates as prize draws - 3 from Patrice Pâtissier and 2 from Rustique Pie Kitchen.

While I was taking care of the logistics from Ottawa, this event would not be a major success without the help of the McGill Fencing Club executives - Daxen Hsu, Alice Bouchard, Camille Souric and Mina Anadolu as well as my friends Mathieu César and Jessica Han.

We got to taste food from 5 locations. The pastries were a balance of sweet and savory.

For the savoury food, we bought 4 dozen bagels from Fairmount Bagel. These bagels are baked in a wood-fired oven that give a toasted crisp exterior. The inside has a light chew with a bit of sweetness from the honey. This what makes Montreal bagels so addictive! 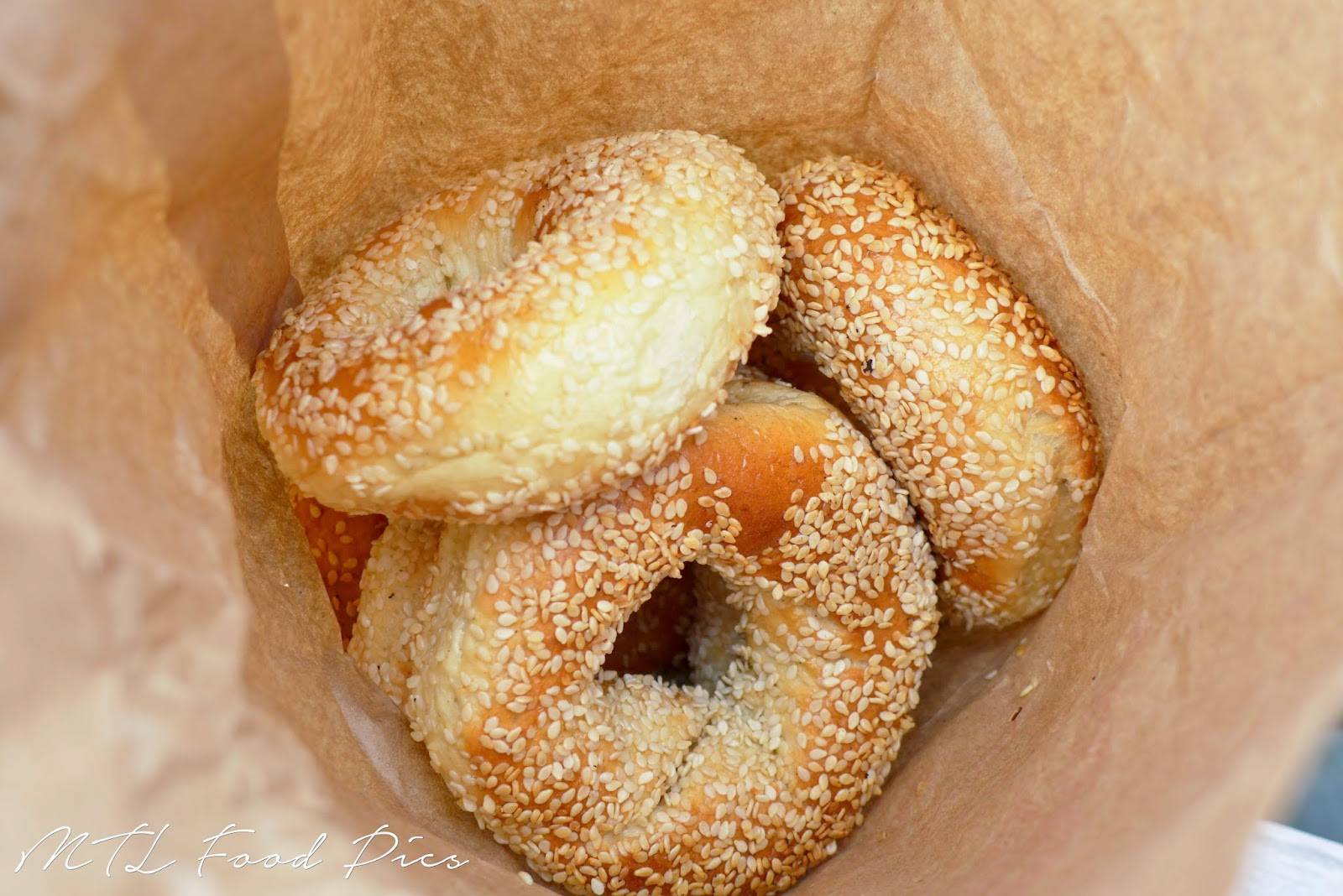 We opted for the Chinese buns from Pâtisserie Harmonie in Chinatown. We bought 3 of their best-selling fillings - BBQ Pork, Chicken Teriyaki and Beef Curry. Each costs a mere $1.20.

If I have to choose one bakery to buy bread, Hof Kelsten is my top pick. We bought 3 loaves of their signature rye bread with caraway seeds along with a container of dill cream cheese. This bread-cream cheese combo was a big hit! The pumpernickel bread was the least popular because it was tough for some people to eat. I brought some leftovers home to make smørrebrød, a Danish seafood open-faced sandwich.
Now, transitioning to the sweet pastries, we had their famous babka - a sweet swirly chocolate Jewish cake. Everyone who grabbed a slice enjoyed its soft texture and chocolate taste. 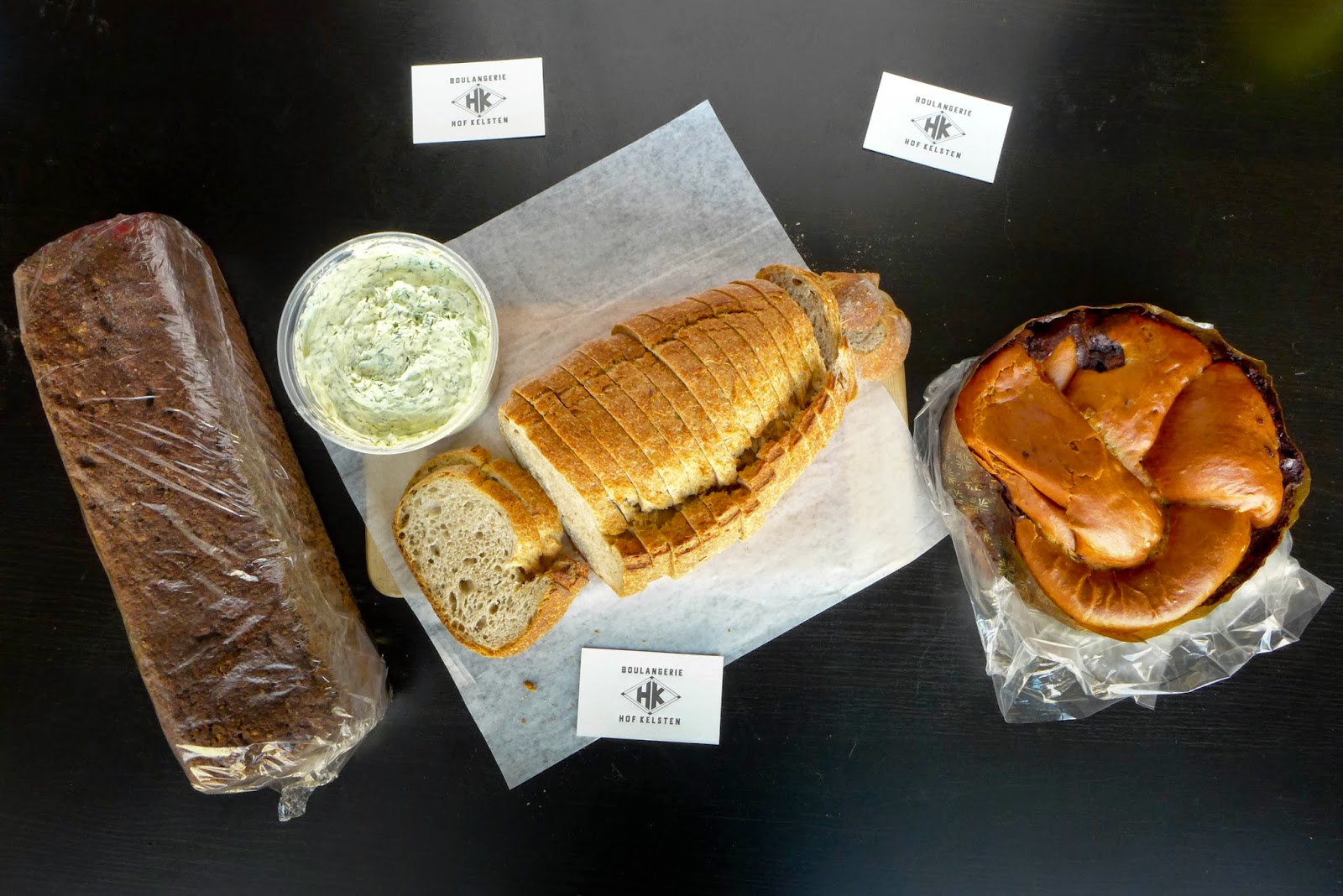 I heard of Trou de Beigne when I had my first dose of their doughnuts at Café Olimpico. Trou de Beigne does not have a physical location. Their doughnuts are sold at specific cafés in Montreal. You can also order their doughnuts via their website and have them deliver to your home. It was tough to choose what flavours to pick. We ended up ordering 6 out of 9 flavours. Our favourites were the green tea matcha and maple bacon. We also enjoyed the s'mores and blood orange-pistachio. Our least favourite was the Nutella banana. We didn't taste much of the banana flavour. 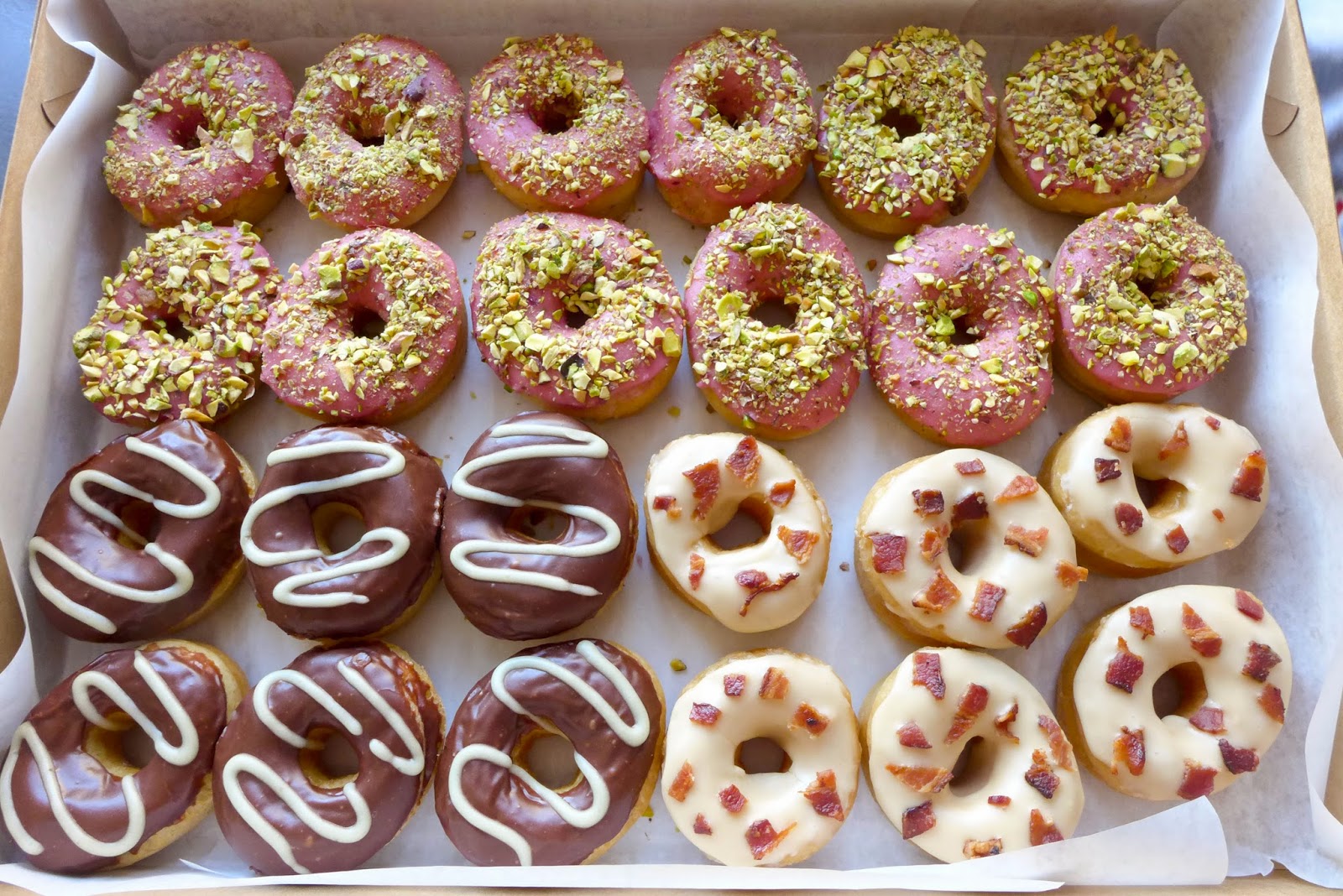 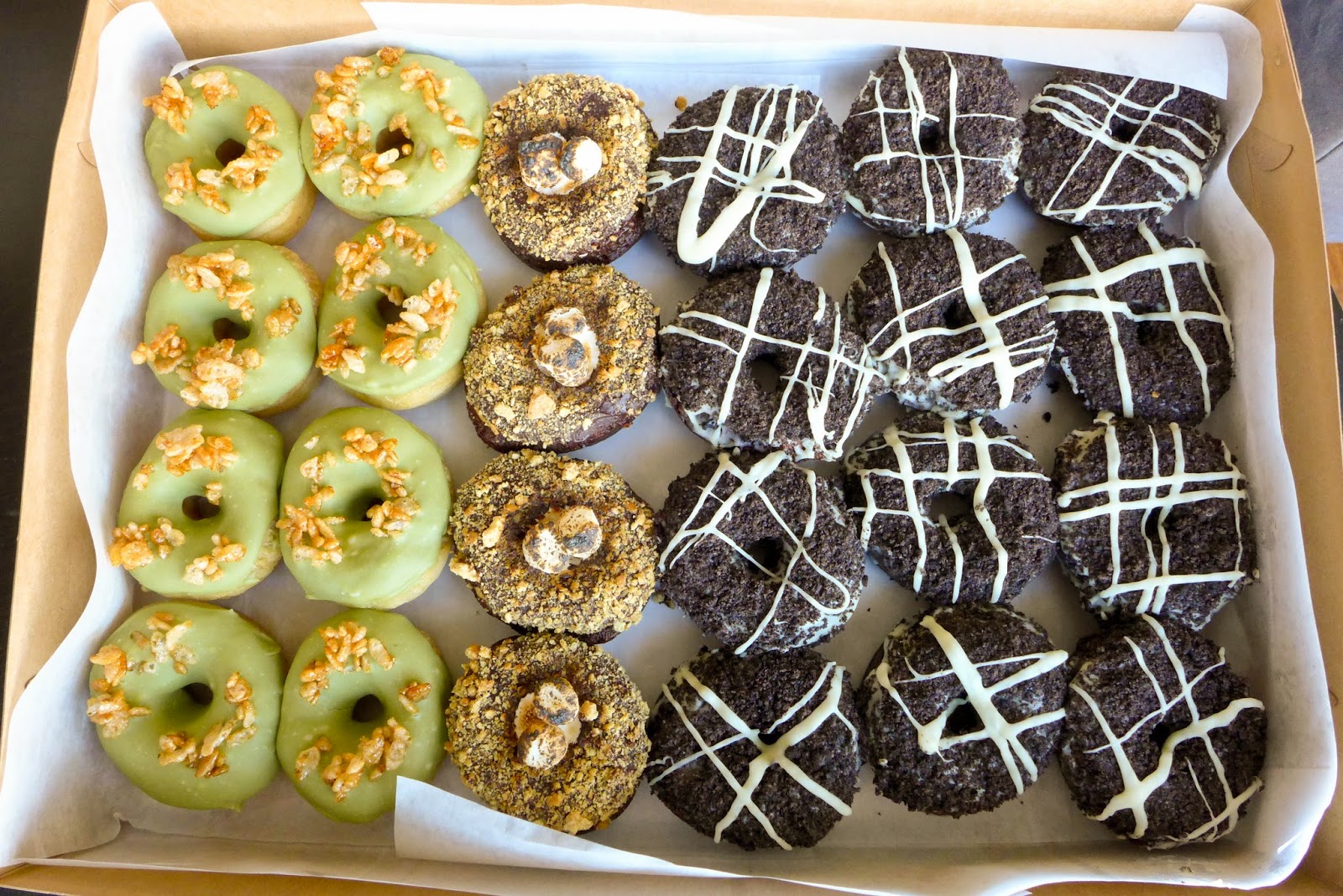 Finally, Rustique Pie Kitchen is known for selling the cutest mini-pies in Montreal. Their pies vary according to the season. They are at least 10 flavours to choose from. Jacqueline, one of the co-owners of Rustique, has helped me tremendously on answering all my questions and concerns.

Originally, we placed an order for 36 pies. At the end, we bought 48. We're glad that we bought more because all the pies were gone within 1 hour. Some pies were easier to share. And some were a bit of a challenge mainly because of the crust falling apart the moment they were removed from the aluminium foil cup. Even though they were all delicious, the tiramisu and the lemon meringue were the top hits. 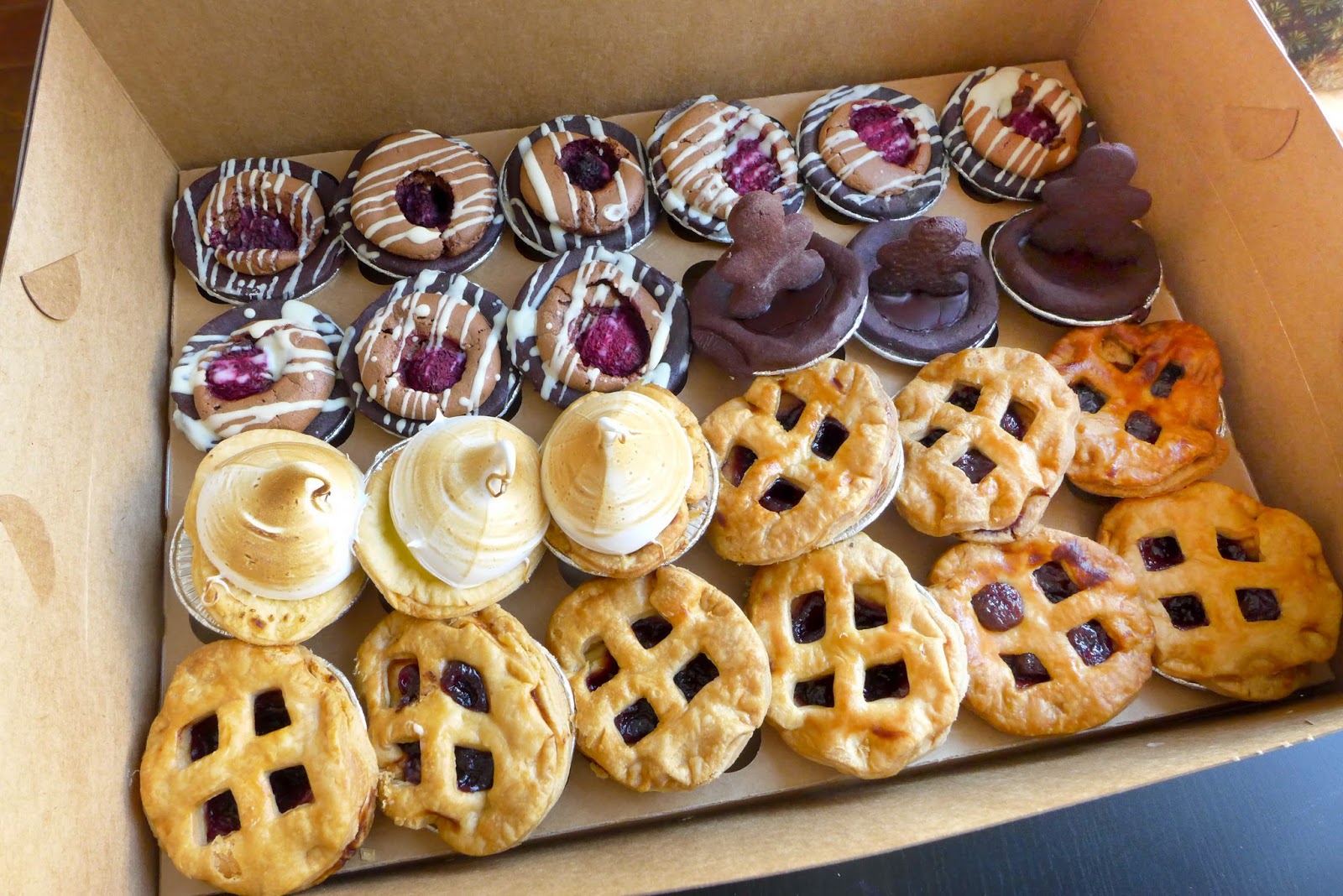 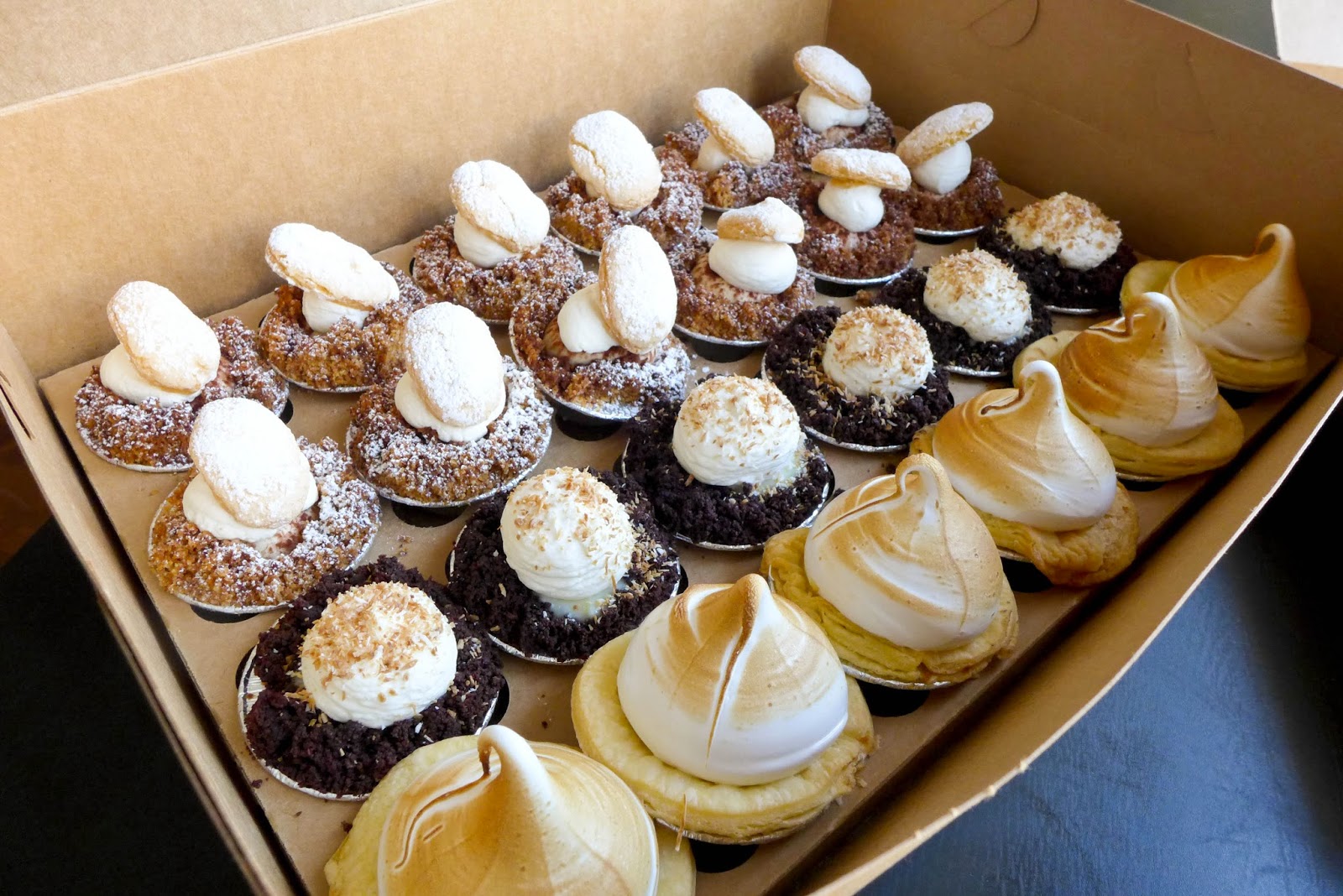 All the profits generated by this event go to paying tournaments and buying new fencing gears. Thank you to everyone who participated for making the first pastry tasting event a success!